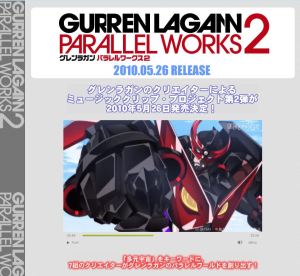 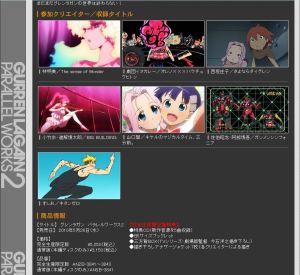 In the first project, several staffers of the Gurren Lagann anime created eight spinoff shorts that explored the theme of “multiple universes” with background music from the television series.

For Parallel Works 2, a different set of animators use all-new background music and character songs:

* Akemi Hayashi “The Sense of Wonder”

The limited May 26 pressing of the DVD will include a CD with the new music, as well as a booklet and a box.
(animenewsnetwork)
click to enlarge pics.